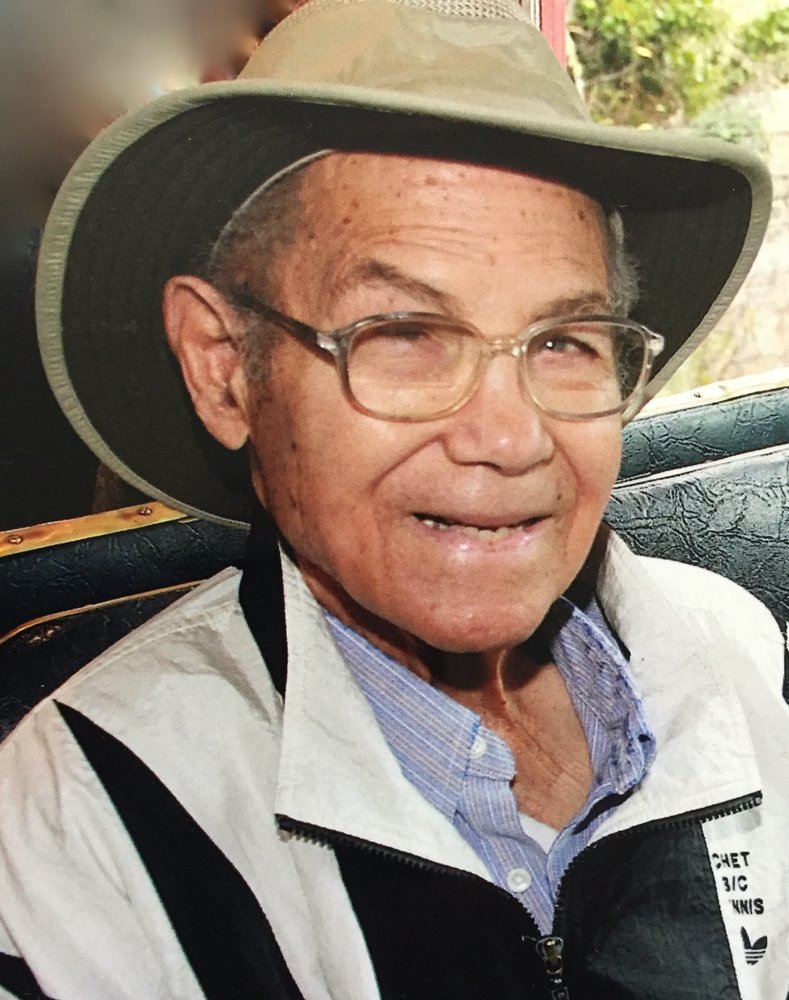 Chester Lyssy (Chet) passed away at home in Oroville on May 9th. He was born in Texas and was the eldest in a family of 8 children. They were avid fishermen and hunters. Chet was very athletic in school playing football, basketball, baseball and running track. He also had a paper route for many years. He played football for Hardin Simmons University in Abilene, TX, where he met Cindy, his wife of 53 years. They were married in 1955 after graduating with degrees in physical education. After graduation, Chet served in the US Army, stationed in Salzburg, Austria and Florence, Italy. He spoke Spanish, Polish, was learning Russian and had other duties. While in Italy he played for the Army basketball team and traveled the country playing various Italian teams. Enjoying Italian food was a highlight for him. Upon returning to the States, he was drafted by the NFL and played football for the Cleveland Browns and the Chicago Bears. Deciding to move west, he and Cindy taught at high schools in Alturas, California and John Day, Oregon. Chet was hired to coach and teach at Las Plumas High school in 1961. While there he taught science, math, and coached football, basketball and tennis. He completed a masters in Physical Education at Chico State in 1968. He joined the coaching and teaching staff at Butte College at the Durham campus, as a football and tennis coach and taught various health, fitness and PE classes. He later focused on the men’s and women’s tennis teams for the remaining years of his career. He coached for 35 years and was very successful, winning many Golden Valley Conference titles and state titles. He was an avid tennis competitor in the late 60’s and 70’s where he competed in many 35 & 45 and over sanctioned tennis tournaments. He held various rankings in singles and doubles, some in the top 10 in Northern California. Chet was an inductee into the Sports Hall of Fame for Butte College, the City of Chico and Hardin Simmons University. His wife Cindy passed away in 2008. Chet remarried in August of 2014 to Barbara Morgado, retired owner of Barb’s Catering. Chet is survived by his wife Barbara, daughter Lauren Haase (Bruce), son Layne Lyssy (daughter Devin Andrews-Lyssy), sisters Diana Smith and Pat Negri, and brother Joe Lyssy (Linda). Due to current social distancing restrictions, there will be no services in the immediate future. Thank you for leaving your contact information if you wish to be contacted regarding a memorial service at a later date. Arrangements are entrusted to Ramsey Funeral Home 530-534-3877.

Share Your Memory of
Chester
Upload Your Memory View All Memories
Be the first to upload a memory!