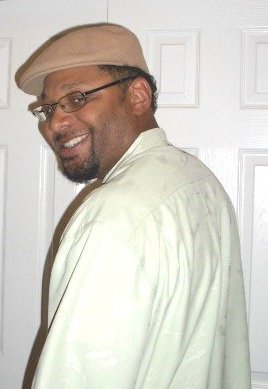 His Legacy...Y’dell Myles, son of Odell Jr. and Maggie Myles was born December 10, 1965 in Oroville, CA.  Y’dell professed his faith in Jesus Christ early in life and served faithfully as ministry of music in his home church, New Home Missionary Baptist Church in Oroville, CA.  His mom and dad describe Y’dell as a “happy baby always smiling.”   While in pre-school his God given musical talent of playing the piano was discovered when he was noticed banging on the piano with some sequence and organized sound.   The teacher alerted his parents, and as we say the rest is history. This God given talent of playing the piano, organ and keyboards became his lifelong love, passion and now Legacy.

Y’dell attended Oroville High school and played on the basketball team. He was one of the star players and was nicknamed the Smirf. After graduating high school in 1984 he attended California State University, Chico and Butte College, and then started a new life in the United States Army (1986 – 1989). While in the Army he was trained as an Administrative Specialist.  Y’dell enjoyed his time in the Army and was stationed at the US Army base Fort Ord in Seaside, CA, where he met and married his wife (1989-2012).

After leaving the Army, Y’dell soon settled in Sacramento, CA.  He began working for the California State Franchise Tax Board, where he worked in various positions for over 25 years.  Even though he worked hard every day his soul intimate desire was to touch the ivory keys at every opportunity possible. Y’dell loved to play and sing gospel, jazz, and rhythm and blues.  With no formal training, outside of playing the trumpet in the school band, his talent of playing the piano became more skilled and refined. His commitment to music and his faith in Jesus Christ was heavily influenced by his father, Odell Myles Jr. Y’dell soon became one of the best-known gospel musicians in the Sacramento area where he played for many churches.

Outside of playing the piano, Y’dell found fishing as a leisure activity that brought him much joy and excitement.  Many days he would bring the catch of the day home to his mom, to see her smile with delight and hear her happy laughter. Mom’s fish fry was one of Y’dell’s favorite meals.  Along with fishing Y’dell enjoyed spending time with his family, watching the Lakers basketball team, and he always had dogs which he considered his kids.

To send flowers to the family or plant a tree in memory of Y'Dell Myles, please visit Tribute Store
Thursday
20
June

Share Your Memory of
Y'Dell
Upload Your Memory View All Memories
Be the first to upload a memory!
Share A Memory
Send Flowers