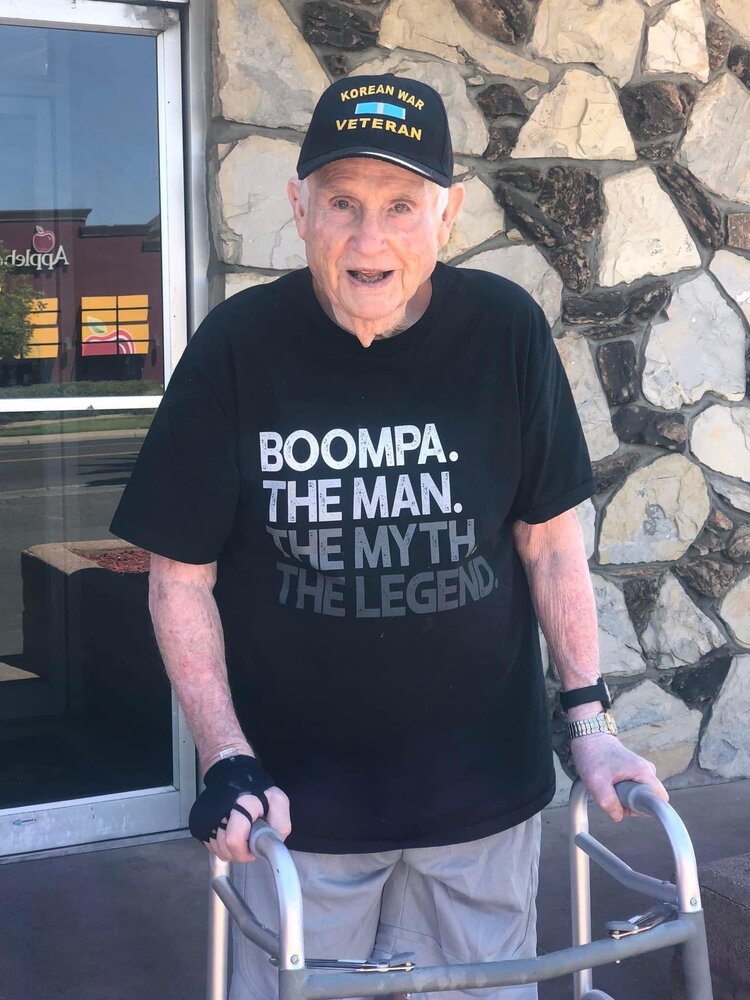 Please share a memory of William to include in a keepsake book for family and friends.
View Tribute Book

Our hearts were not ready to hear the news that he left this earth, but we know his body and mind were tired.  William Ray Tatum was born on September 25, 1932, in Upland, California.  After recently celebrating his 90th birthday, Bill unexpectedly left this world on October 27, 2022, to join his beloved wife Marjorie and son Stephen in his new heavenly home.  William and Marjorie married on July 18, 1954, after Bill fulfilled his enlistment in the United States Navy by serving in the Korean War.  They established their family in San Jose, California.  After retiring from the City of San Jose as a supervisor of a road maintenance crew, Bill and Marj relocated to Oroville, California to spend their retirement years living in their custom-built dream home.  After retiring, Bill continued to work for many years at his son’s machine shop.  He was a member of Calvary Baptist Church and sang in the choir for many years.  He enjoyed fishing, cutting firewood, and traveling around the west coast cheering on the various race teams Steve was involved in.  An avid and loyal 49er Faithful and Nascar fan until his last day, Bill shared the love of the Niners with his children and grandchildren.  He never missed a meal and would remind anyone who would listen when it was time to eat.  Playing “Papa Bear,” dressing up as Santa Claus, building playhouses, and putting up swing sets, Bill (affectionately known a Boompa to his grandchildren) did everything his could to provide a wonderful home full of love, laughter, and fun for his family.  He was a man of God who was a strong and wonderful patriarch for his family.  He always had a gleam in his eye and a mischievous grin on his face.  William was proceeded in death by his wife Marjorie and son Stephen.  He is survived by his daughter Katherine (Larry) Hansen; daughter Laurie (Joe) Silva; and daughter-in-law Kimberly Tatum as well as 7 grandchildren Erica Tatum; Melissa Tatum; Jennifer (Joal) Veilleaux; Kristine (Brian) Belser; Matthew (Renee) Silva; Leanne (David) Fowler; Erik (Aiyana) Hansen; and 9 great-grandchildren (Alex, Madison, Braidan, Ethan, Brody, Logan, Charli, Chase, and Danica).  A graveside memorial service is scheduled for Friday, November 4th, 2022, at Memorial Park Cemetery, 5646 Lincoln Boulevard, Oroville, CA at 1:30 p.m.

Share Your Memory of
William
Upload Your Memory View All Memories
Be the first to upload a memory!
Share A Memory
Send Flowers