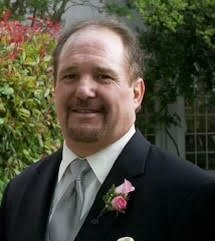 Please share a memory of Richard to include in a keepsake book for family and friends.
View Tribute Book

We would like to recognize and celebrate the life of Richard Lee Shoopman “Rick – Ricky”. In 1959, Rick was born in Berkley, CA to the late Vernon & Aldyth Shoopman. Rick was the proud brother to the late Alice Glass and the cool, fun uncle of her three children: Midgie, Chris & Valerie. He was their mentor and protector. He looked out for them and kept them safe! In his high school years he lived life to the fullest - football, fast cars and girls! As he reached adulthood he had many hopes and dreams. He was a successful General Building Contractor and built many beautiful homes and commercial projects. He had a dedicated crew and worked hard alongside them! As life progressed, Rick raised three wonderful children: Nicole, Cassie and Ricky. He provided them with a loving home in the Yuba City area and a good start in life. The past 10-years, Rick was on a sole adventure and was greatly missed by his family and friends. As his story comes to an end and we say our final goodbyes, we will remember the good chapters in life with him.

Share Your Memory of
Richard
Upload Your Memory View All Memories
Be the first to upload a memory!
Share A Memory