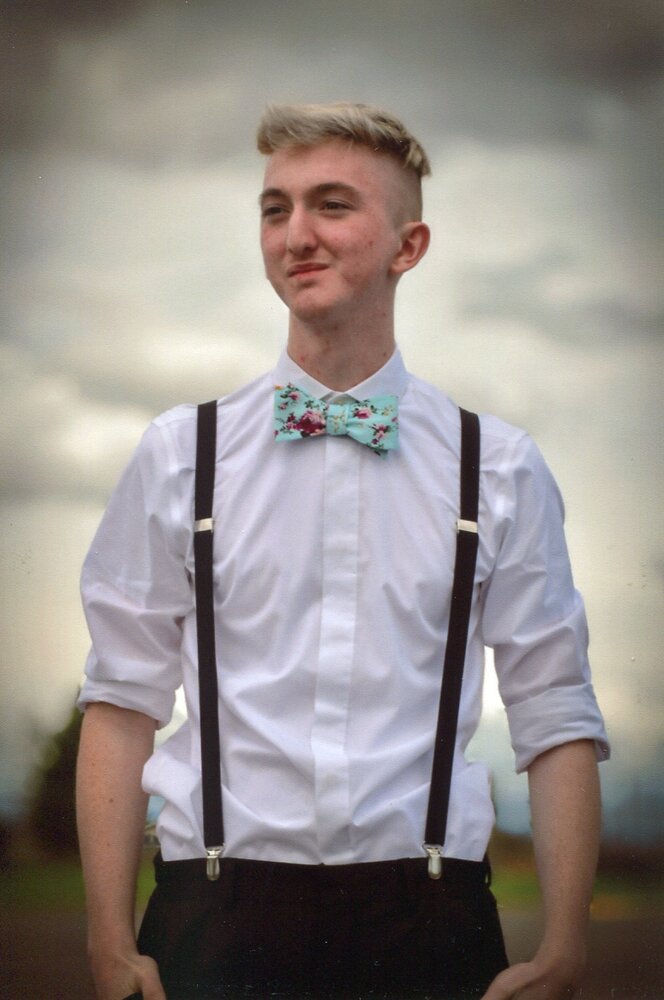 Please share a memory of Jacob to include in a keepsake book for family and friends.
View Tribute Book

Jacob Lane Roles, 21 of Gridley, passed away on Monday, June 20, 2022 in Oroville, CA.   He was born January 8, 2001, in Yuba City, CA. He is the son of Danny Roles, Jr.  and Starr (Kelly) Roles.  He attended Manzanita Elementary School and graduated from Live Oak High School in 2019, where he was a member of the baseball and the basketball teams. He was currently enrolled at Butte Community College with plans on becoming an engineer or geologist.

Jacob was a member of the Royal Rangers, a biblically based boys scouting program, Outpost 187 in Gridley, CA.  He loved baseball and played every year starting with t-ball and through his entire high school years.  Jacob also enjoyed playing basketball for the Live Oak Lions high school team.  Jacob enjoyed fishing and was passionate about his music. Jacob played the guitar, ukulele, piano, and was working on mastering the violin. For several years he played the piano for Sunday service at his church. He attended Christian Life Church in Gridley.

A funeral service will be held on Wednesday, June 29th at 10:00 a.m. at Christian Life Church, 1526 Humble Road, Gridley. Interment will be in the Gridley Biggs cemetery. Arrangements entrusted to Gridley-Block Funeral Chapel. Jacob will be greatly missed.

Share Your Memory of
Jacob
Upload Your Memory View All Memories
Be the first to upload a memory!
Share A Memory
Send Flowers