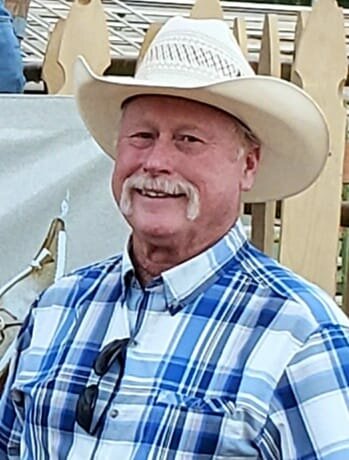 Please share a memory of Dan to include in a keepsake book for family and friends.
View Tribute Book
Daniel Roy Jarratt, 70 of Gridley, California, passed away on May 6, 2022, after losing his battle with Metastatic Prostate Cancer. Dan was born on December 25, 1951, to Geraldine Frances Gordon and Lawrence Morris Jarratt in San Jose, California. After Dan graduated from Lincoln High School in 1970, he went to work in Oregon for a short time and then returned to San Jose. Dan started working at California Water Service in 1975. In 1979, Dan transferred from Bear Gulch District in Atherton to the Oroville District where he worked until he retired in 2019. In 1973 Dan married his High School sweetheart, Susan Gail Roberts and they had two children, Robert Kelly Jarratt (of Gridley, California) and Lisa Marie Vallejo (of Chico, California). Dan was predeceased by his mother, Geraldine Frances Gordon, his step-father, James Wiley Gordon, his father, Lawrence Morris Jarratt, and his brother, Patrick James Gordon. He is survived by his wife, Susan Gail Jarratt, his son Robert Kelly Jarratt, his daughter, Lisa Marie Vallejo, and his grandchildren: Danielle Elise Jarratt, Kelly Renee Jarratt, Robert Charles Jarratt, Isabelle Marie Vallejo and Samuel Ruben Vallejo, his sister Denise Lynn Dunnivan of Gilroy, California, and half-sisters, Shelly Jarratt Reel and Sherry Jarratt Miller of Salt Lake City, Utah. Services will be held at Gridley Moose Lodge on Saturday June 18, 2022 at noon. In lieu of flowers, the family requests donations be made to Gridley Chapter of CDA (California Deer Association) for their scholarship program. Dan was a wonderful husband, son, brother, father papa, uncle, and friend. Dan will be greatly missed by all who knew and loved him. Arrangements entrusted to Gridley-Block Funeral Chapel.
Saturday
18
June

Share Your Memory of
Dan
Upload Your Memory View All Memories
Be the first to upload a memory!
Share A Memory
Send Flowers