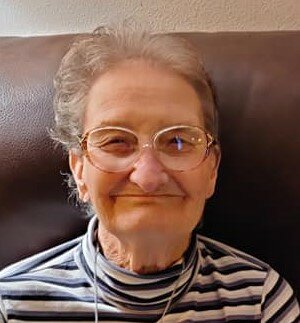 Please share a memory of Nancy to include in a keepsake book for family and friends.
View Tribute Book
Nancy Louise (Walker) Hess, age 78, peacefully passed away on April 11, 2022, in Chico, California after a courageous battle with Alzheimer's. Nancy was born October 9, 1943, in Hawthorne, California to Ervin George Walker and Leah Alberta (Coppage) Walker. Nancy married Robert (Bob) Frederick Hess on August 14, 1965, in Inglewood, California. They were married for 43 Years before Bob died on February 12, 2009. They started their lives in Inglewood and were blessed with their first two children Teresa and David. In 1969 Bob, Nancy, and their two older children, Teresa and David, moved to Paradise, California to be closer to Bob’s parents and grandmother. They were both looking forward to settling down in a quiet and beautiful town. In 1971 they moved to Coeur d'Alene, Idaho for a short time. Nancy and Bob had their third child Mary. They returned to Paradise in 1974 to continue building their life and shortly thereafter Michelle, their youngest was born. Nancy was a devoted wife and mother who was always there for her husband and children. She lived up to her maiden name Walker. Nancy would walk all over Paradise with her children. When one of her children was ill she would walk down to Stratton’s Market to get 7-Up, chicken noodle soup, and saltine crackers along with some type of toy or coloring book to cheer them up. Many Paradise residents would see Nancy walking with her children. Teresa and David would be walking alongside her, while Mary and Michelle were being tugged in a large Red Wagon. When her children grew the wagon would be used to tow her grandchildren. After the wagon was retired Nancy would still be seen walking all over Paradise with a folding shopping cart full of groceries in tow. She would walk to Stratton’s Market, La Comida, and the Paradise Plaza to shop and have Lunch. . Nancy was a Campfire Survivor (November 8, 2018) who lost everything she owned and cherished including her way of life and normal routine which for a person with Alzheimer's was quite traumatic. Nancy is predeceased in death by her husband Bob, her brother Terry, her niece Stacy, and her parents Ervin and Leah. Nancy is survived by her children, Teresa (Chris) Young, David (Donna) Hess, Mary (Bill) Lackey, and Michelle Hess; nine grandchildren Mark Hess, Krystle Young, Colleen Hess Oster, Heather Lackey, Richard Hess, Jessica Lackey, Christopher Young, Austin Hess, and Blake Hess-Quedens; seven great-grandchildren Ireland Brady, Brooke Bethard, Arabella Young-Horton, Brayden Lackey, Pearl Nelson, Jaxon Lackey, and Easton Young-Nelson; her sister-in-law Judy Walker, her nephew Johnny Walker and his children Nicole Walker and Johnny Walker, Jr. The family wishes to thank California Park Rehab Center for the care, compassion, love, patience, and emotional and physical support they provided to Nancy and her family in her final days. The family would like to also thank and recognize Donna Hess and Mark Hess. Donna, Nancy’s Daughter-in-Law, was Nancy’s Primary caregiver since the winter of 2016. Donna’s steadfast desire to care, love and support Nancy through her battle with Alzheimer's allowed Nancy to be at home and around her family. Mark Hess, Nancy’s oldest grandson, worked very hard to support Donna, his mother, throughout Nancy’s journey with Alzheimer's. He oftentimes would help prepare Nancy’s food and care for her when Donna needed respite and had other obligations arise. Nancy’s whole family worked alongside Donna to provide Nancy with the best care. A funeral mass will be held on Tuesday, April 26, 2022, at 11 am at St Thomas More Catholic Church in Paradise. She will then be laid to rest next to her husband Bob at the Paradise Cemetery. The family asks that donations be given to the 2022 Walk to End Alzheimer's - Chico, CA on Saturday, October 8, 2022. Arrangements are entrusted to Ramsey Funeral Home (530)534-3877
Tuesday
26
April

Share Your Memory of
Nancy
Upload Your Memory View All Memories
Be the first to upload a memory!
Share A Memory
Send Flowers