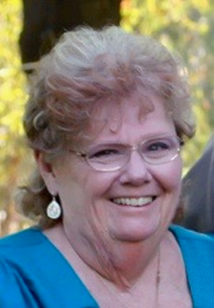 Please share a memory of Lisbeth to include in a keepsake book for family and friends.
View Tribute Book
Lisbeth “Lis” Ann Lewis, 74, of Gridley, California passed away unexpectedly on March 11, 2022, with family by her side. Lisbeth was born to her loving parents Thomas H. and Irene K. Manderson on August 20, 1947, in Los Angeles, California. She was the eldest sibling with one younger sister, Linda J. Bigelow. Lisbeth married William J. Harr in November of 1966 and had two children, Thomas E. Harr in 1969 and Rodney W. Harr in 1970. In 1973 Lisbeth, William, Thomas, and Rodney moved from Los Angeles to Gridley, California to live a more rural life outside of the big city. In 1988, William and Lisbeth went their separate ways, but always had a friendly relationship throughout their lives. Lisbeth worked several jobs in Gridley including owning and operating Harr’s Ceramics for many years before finding her true passion as a Public Safety Dispatcher with the Gridley Police Department in 1980. Lisbeth worked as a Public Safety Dispatcher for many years before being promoted to Dispatch and Records Supervisor. During her tenure, Lisbeth spearheaded the updating and implementation of the police department’s Computer Aided Dispatch and 911 operating systems. Lisbeth worked for the Gridley Police Department for 25 years before retiring in 2005. In 1995, Lisbeth married Jeri A. Lewis. With this marriage came additional family members Richard Elrod, Duane Elrod, Randy Elrod, Kevin Elrod, Jeri Lewis Jr., and Sam Lewis. Lisbeth and Jeri remained together until his passing on February 5, 2022. Lisbeth is survived by sons Thomas (Kasey) Harr, Rodney (Becky) Harr, Sam (Donna) Lewis, Duane Elrod, Kevin (Janet) Elrod, grandchildren Brenden Harr, Telu (Nick) Fuller, Aden (Justine), Nathaniel Harr, Kyle Lewis, Josh Elrod, Jenna Moffitt, Duane Elrod Jr, Bill Elrod, Diana Elrod, Shane Elrod, Eric Elrod, and numerous great grandchildren. Lisbeth was preceded in death by her parents Thomas (Irene) Manderson, husband Jeri A. Lewis, sister Linda J. Bigelow, first husband William Harr, grandson Austin M. Harr, stepsons Richard Elrod, Randy Elrod, and Jeri Lewis Jr. In retirement, Lis rekindled her passion for anything craft, ceramic and canning related. She also found time to volunteer with the Hospital Auxiliary at Orchard Hospital and the former Women of the Moose. Her volunteer work was very important to her, and she spent many years dedicated to serving the community that brought her so much joy. Lis was a beloved mother, grandmother, godmother, sister, aunt, friend, and coworker. She will be greatly missed by ALL of those who came to know her. At Lis’s request, there will be no funeral services. A celebration of life will be held at a later announced date and time. Anyone wishing to honor her, is encouraged to consider donations to the Hospital Auxiliary at Orchard Hospital in her name. Arrangements entrusted to Gridley-Block Funeral Chapel, 530-846-2138.

Share Your Memory of
Lisbeth
Upload Your Memory View All Memories
Be the first to upload a memory!
Share A Memory