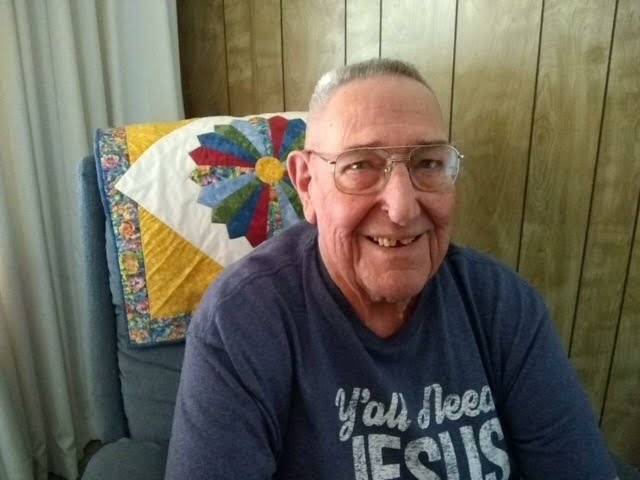 Please share a memory of Jack to include in a keepsake book for family and friends.
View Tribute Book
Jack De Brereton, went to be with our Lord Jesus Christ on Monday March 7, 2022 in Oroville, California, he was 84 years young. Jack was born November 8, 1937 in Oroville, California to Ralph and Elizabeth "Betty" Brereton. He was a top athlete in high school playing Football, running Track and Boxing. In 2009 Jack along with his teammates were inducted into the Northern California Sports Hall of Fame being recognized for a 4-year winning streak from 1953 to 1956. In 2016, he and his teammates were inducted into the Oroville Union High School Hall of Fame for the same achievement. Jack worked as a heavy construction equipment operator in the Teamsters for 35 years where he contributed to the building Oroville Dam, Bullards Bar Dam, New Malones Dam along with other large projects throughout the states of California and Colorado. After retiring from the Teamsters, Jack worked for the Feather River Recreation and Park district where he took personal interest and pleasure in the completion of the Riverbend Park project. He also served on the planning committee for over a decade seeing the start of The Veterans Memorial Park in Oroville which is still under construction. Jack enjoyed being around people and cared for his community and loved “his town” Oroville. Jack was a devoted father, a loving husband and caring brother. His wives preceded him in meeting the Lord were Joan Sinkey with whom he had two daughters, Jackie Shaw and Terry Geroy, Joan Brereton with whom he had two sons, Lee "Butch" Brereton and David Brereton. He is survived by his wife Marilla, her two sons Scott U’Ren and Gary U’Ren. His siblings include William “Bill” Brereton, Philip Brewer and Lynn Kernan. Jack has 18 grandchildren and 38 great grandchildren of whom he loved so very much. A Memorial Service will be held on Sunday, March 13, 2022 at 2:00 PM at the Oroville Christian Church, 1154 Plumas Ave. Thermalito, CA. In lieu of flowers, please send donations to Oroville Christian church or the Oroville Veterans Memorial. All arrangements are entrusted to Oroville Funeral Home (530)533-0323 .

Share Your Memory of
Jack
Upload Your Memory View All Memories
Be the first to upload a memory!
Share A Memory
Plant a Tree