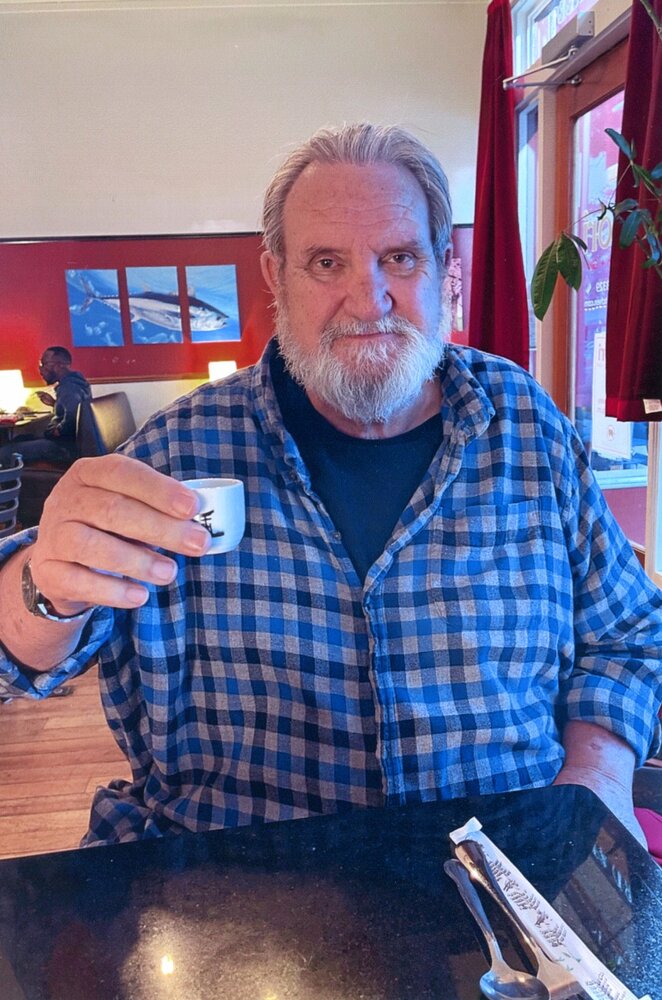 James (Lucas) Chapman was born in Centralia, WA to Pat & Flo Chapman. He lived part of his youth in Alaska where his father was stationed during his career in the Navy. The family later settled in Sunnyvale, CA where Lucas graduated from Sunnyvale High School. After high school, he was drafted into the Army where he served in Vietnam for 2 tours. He received several medals during his tour as well as a few injuries. After his discharge he lived for a time with friends in the hills above Los Gatos before moving to Arcata, CA to attend Humboldt State. In his early years he worked as a truck driver driving cross country long hauls and later in the construction business. He always enjoyed the freedom of riding his Harley, attending many rallies and toy runs. He eventually went back to school and got his certifications in many phases of building inspection. He enjoyed working with 4 Leaf Construction for the last 15 years of his career as a senior inspector in the Bay Area then in Paradise until after the Camp Fire. He married his wife, Liz, in 2001 and they lived happily in Paradise, until the Camp Fire, then in Oroville until his passing. His is also survived by his Son, Kyle Chapman and Kyle's sons, Cristian and Andy, his daughter, Rachael Casteel & her children Daymin & Ireland, a brother Timothy Chapman & Liz's daughter's, Suzanna Haupt & her son, Henry Haupt, & Lisa Price and her sons, Corey McDonough, Orion & Flynn Price. He was preceded in death by his Father, Pat Chapman and Mother, Flo Raffanti, his brother, Robert Chapman and oldest son, Chris Chapman. Lucas enjoyed his friends and fellow members in the FOE Paradise Eagles 2960 and Loyal Order of the Moose 2227 also in Paradise. Lucas was always ready to help in anyway he could. Lucas may be gone but what he stood for and the lessons he taught will never be forgotten. He will be missed. Donations to honor Lucas may be made to the American Heart Assonciation. Arrangements entrusted to Ramsey Funeral Home (530)534-3844.
Wednesday
16
February