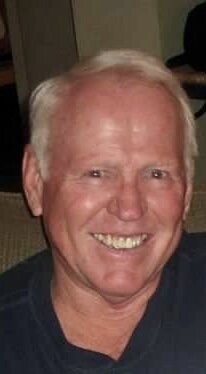 His Legacy… Grant DeNeff Brown, 83, met his Lord on January 22, 2022. He passed with his children by his side after battling cancer for over 2 years. Born April 24, 1938 in Illinois to Boris Sheridan and Elizabeth Evelyn Brown, the second oldest of their four children. His father a US Naval Civil Service machinist, moved the family a few different times, residing in San Francisco, Guam and finally Oroville. He graduated from Oroville High School and then enlisted in the US Army. In his 6 years, he attended artillery and airborne schools, being both 321st Artillery and 101st Airborne paratrooper. After leaving the service he married, Rosalind and later had two children, Blaine DeNeff and Therese Katherine. He attended Chico State receiving his Bachelor of Arts, which led him to a nearly 30-year teaching career. In his time, as an Industrial Arts teacher at Las Plumas High School, he taught wood shop, small engines, electronics and art, and coached early in his career, both football and basketball. He impressed his creativity not only on his students, but also many beautiful pieces of memorable furniture can be seen throughout the community. Grant’s love of sports, playing and spectator, carried throughout his life. After retiring in 2001, he regularly played tennis, golf, pickleball and bowled with family and friends. His love of SF 49ers and Giants never wavered—he watched Saturday, seeing the ‘Niners pull out the win, prior to passing. After divorcing Rosalind earlier in his life, he later met Judy Trisler. They spent the last 16 years together enjoying golf with the Hackers Club and traveling, struggling to stay put for long. His children and four grandchildren were the light of his days as well, watching them play sports, hosting sleepovers and teaching them to enjoy the little things life has to offer. His Family… He is survived by his siblings, Boris Brown of Colfax, Claire High of Oroville and Rodger Brown of Conner, Montana; his two children, son-Blaine Brown of Seville-spouse, Rosalba; and daughter-Therese Rainsbarger of Sutter-spouse, Paul. Four grandchildren from his daughter, Gillian, Amelia, and twins-Garrett and Grant; several nieces and a nephew. He was preceded in death by his parents, Boris and Elizabeth and ex-wife, Rosalind. His Farewell Service… Service will be Friday, March 11, 1:00 at the Ramsey Funeral Home- 1175 Robinson Street, Oroville. Interment will be at the Sacramento Valley National Cemetery in the weeks following. Flowers may be sent to the funeral home or donations to the American Lung Association.
Friday
11
March

Share Your Memory of
Grant
Upload Your Memory View All Memories
Be the first to upload a memory!
Share A Memory
Send Flowers