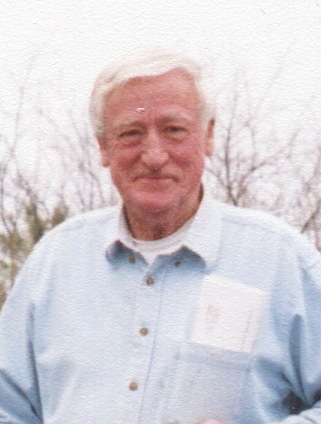 John Busch, of Biggs, passed away at home on Thursday, December 9, 2021. The family will be holding funeral services to honor John, on Tuesday, December 21, 2021 at 2:00 pm, at the Gridley-Block Funeral Chapel in Gridley, with a gathering to follow at The Colonia in Biggs, at 479 B Street. John was born in Alturas, CA on August 31, 1941. He was the fifth of six children born to Gilbert and Bertha Busch. He graduated from Modoc Union High School in 1959. In 1964, he moved to Newark, CA to reside with his sister Nancy, where he was reunited with the love of his life Sharon Kay Chandler. Soon after, John and Sharon married in San Rafael on May 22, 1965. They celebrated their 56th wedding anniversary this past May. In 1968, they moved to Gridley, where they resided for more than 35 years, then moved to Biggs where he resided until his death. Their son Joe was born in 1969 and their daughter, Julie, was born in 1973. While residing in Gridley, John was the Owner/Manager of John’s 99E Garage and John Busch Automotive. He also served on the City of Gridley Planning Commission, as well as many other political positions. While residing in Biggs, John served many years on the Biggs City Council and served as Mayor of Biggs from 2004-2008. John was preceded in death by his father Gilbert William Busch, his mother Bertha Rose Busch, his sisters Nancy Newman, Ginger Nay, and his brother Bill Busch. John is survived by his devoted wife of 56 years Sharon Kay Busch of Biggs, his son Joe and wife Andria Busch of Biggs, his daughter Julie Busch of Gridley, his sister Beverly Hammes of Alfalfa, Oregon, his sister Billy Moore of Klamath Falls, Oregon, and his grandchildren Hannah, Alexander, and Gracie Gonzalez and Addison and Branson Busch, as well as many nieces and nephews. Because Modoc County was his home at heart, and both John, Sharon, their kids, grandchildren and friends spent countless days enjoying all that Modoc had to offer, there will be a celebration of life, currently planned on Cedar Pass at the Busch Family Cabin in the early summer of 2022. The entire Busch family wishes to extend our sincere thanks to Dr. Brown and the entire staff of Gridley Medical Group for all their support through these last years taking care of our beloved husband, father, and grandfather. We would also like to extend our thanks to the Biggs City Council and to all of our family and friends who have called, text, and delivered food and gifts. We truly appreciate each and every one of you. Arrangements entrusted to Gridley-Block Funeral Chapel.
Tuesday
21
December

Share Your Memory of
John
Upload Your Memory View All Memories
Be the first to upload a memory!
Share A Memory
Send Flowers