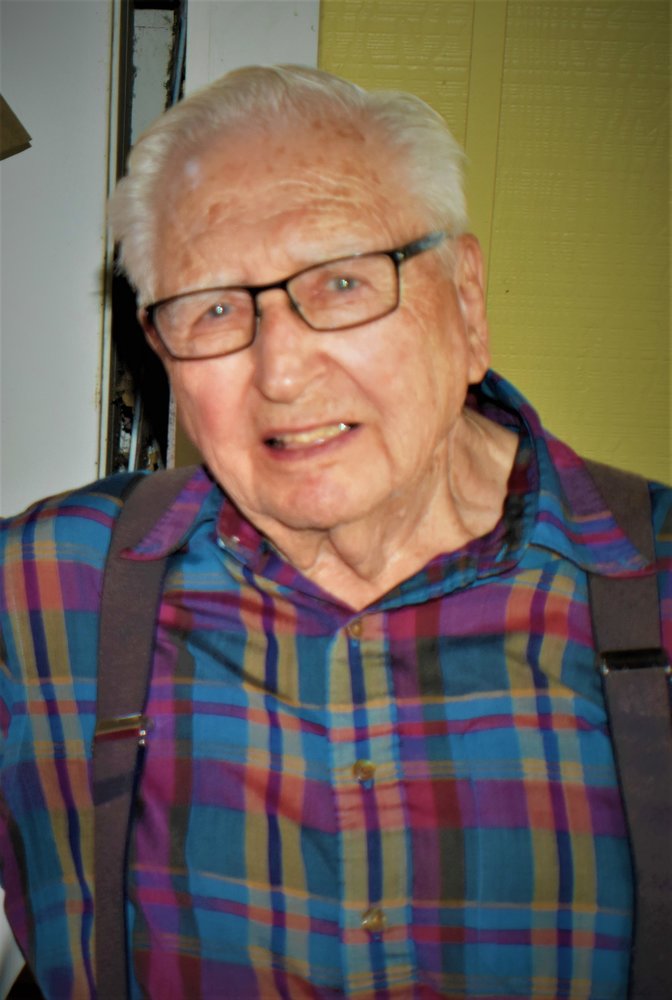 May 25, 1924 - July 10, 2021 Gridley, California - Norval E. Wright, 97 went to be with the Lord Saturday, July 10th. He was born near Winnipeg, Manitoba, Canada to William and Hazel Wright. The family immigrated to the United States and Norval served proudly in the U.S. Army, being honorably discharged in 1944. He attended college and then married Mary. They raised four children in Kingsburg, California. Norval was employed as a plant superintendent at Libby's and worked there for 34 years until he retired in 1982. Norval and Mary moved to Oroville California after retiring. Norval was preceded in death by Mary and remarried Martha in 1995. They lived in Gridley, California until Martha's passing in 2019. He was also preceded in death by his brother Merlin. He is survived by his sister Ethel Huckaby; his children Dennis, Kathryn, Teresa and Patty; his five grandchildren Jason, Jill, Geena, James and Chrissy; and his ten great-grandchildren Madison, Gage, Carson, Mia, Maddox, Diego, Gwen, Mary, Ariah and Kolton. Arrangements entrusted to Gridley-Block Funeral Chapel, 530-846-2138.
Wednesday
21
July

Share Your Memory of
Norval
Upload Your Memory View All Memories
Be the first to upload a memory!
Share A Memory
Send Flowers