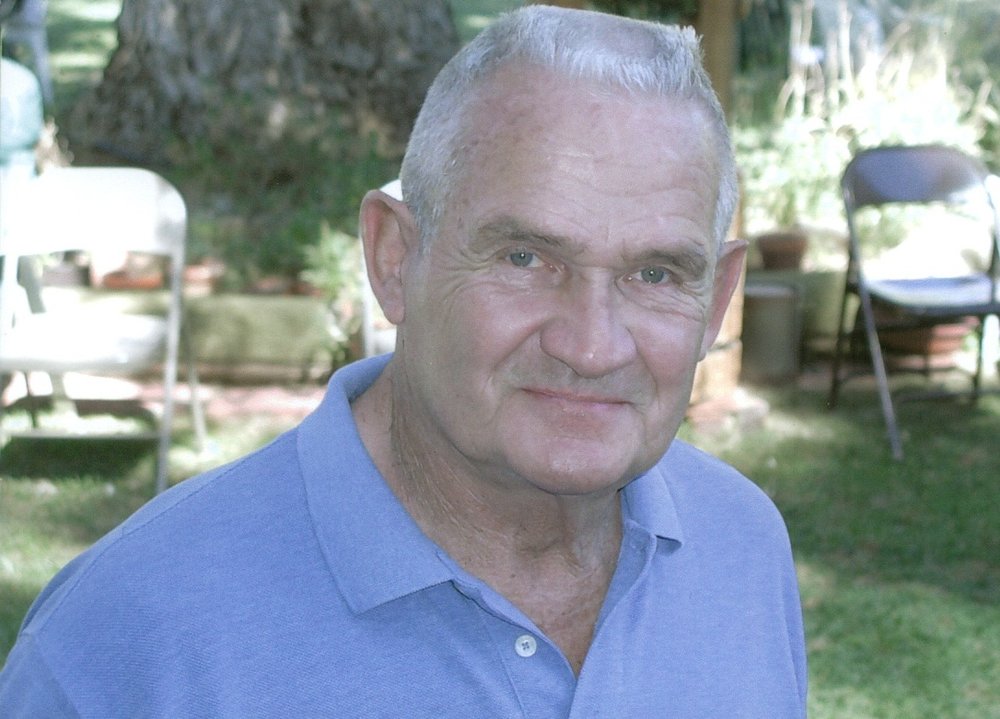 Please share a memory of Joseph to include in a keepsake book for family and friends.
View Tribute Book
His Legacy: Joseph Albert Farmer (Joe) was born on February 5, 1929 in Oroville California to Gladys and Albert Farmer. Joe passed away in Oroville on January 11, 2021 surround by family. Other than the four years he spent in the United States Air Force, attaining the rank of Staff Sergeant, Joe lived his entire life in Oroville, 87 years of it in the house he grew up in. Sixty five of those years were spent with the love of his life Janet. Joe retired as a Foreman in 1988 from the PG&E Company after 41 years of service. In 1991 Joe retired from the El Medio Fire Department where he was a volunteer for over 30 years. Joe served as a Firefighter, Engineer, Battalion Chief, and Assistant Fire Chief. He also served as a Commissioner on the Fire District Board for many years. Joe’s foremost passion was his family. Whatever his children (and their friends) were involved in, whether it was sports, school events, or scouts, he was there supporting their involvement. This passion continued after his retirement (s) where he continued to support his grandchildren’s interests, including holding the position of Assistant Scout Master for Troop 32. Even after many years of battling storms to restore power as a PG&E Lineman, he didn’t hesitate to pack up his grandsons and head for snow for a weekend camp out. His Family: Joe is survived by his daughters Debra, Susan and Tamara of Oroville; his son Joseph (Jay) from Geyserville; his 7 Grandchildren, Bryan of Utah, Jason of Chico, Rachael of Los Osos, Jessica of Windsor, Bradly, Shawn and Katelyn of Oregon and 10 Great Grandchildren, Landon, Riley, Harper, River, Zoey, Rory, Madison, Emma, Owen, and Henry. He is proceeded in death by wife Janet and his stepbrothers Frank and Wallis and stepsister Bessie. Farewell Service: No services are planed at this time. Arrangements are entrusted to Ramsey Funeral Home 530-534-3877.

Share Your Memory of
Joseph
Upload Your Memory View All Memories
Be the first to upload a memory!
Share A Memory