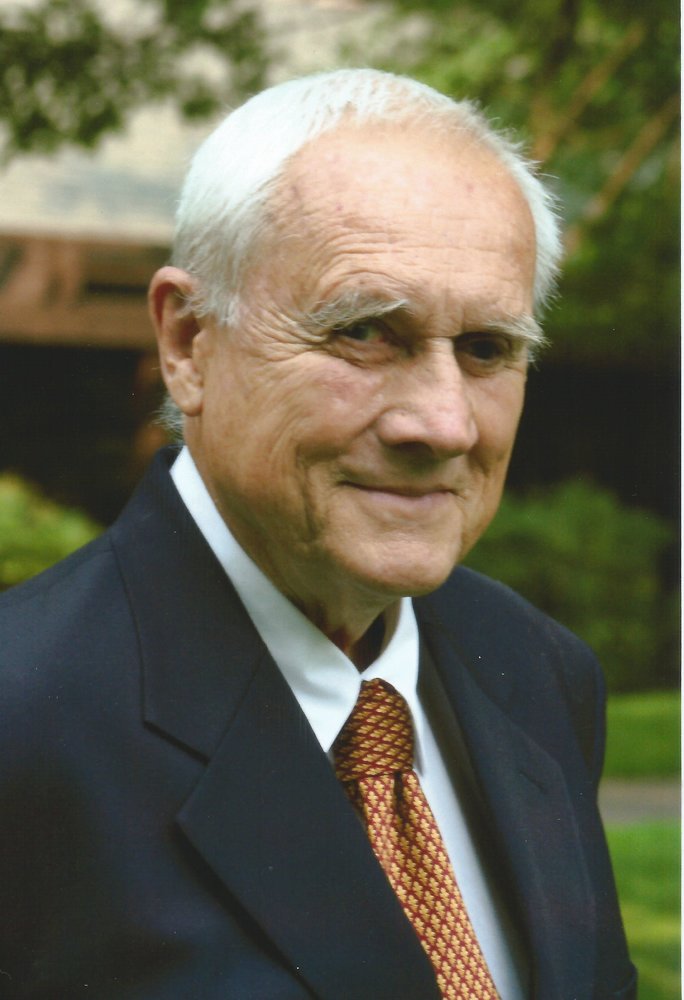 Gary was born on July 21, 1925 and grew up in Los Angeles. When he finished high school the United States was engaged in World War II, and he enlisted in the Merchant Marine. He served in the Pacific theater delivering munitions and troops. Upon discharge he attended California State Polytechnic College, majoring in agriculture and he received his teaching credential. While at Cal Poly he was a dorm superintendent and a yell leader. He first taught in Maxwell, California where he met and married his wife Doris. He later taught briefly at Marysville High School and then moved on to Oroville where he taught biology at Las Plumas High School for almost thirty years and was head of the science department. Since 1963 the family has lived on a small farm west of Gridley where he raised chickens, sheep, and cattle and had a small orchard. Gary was an active Boy Scout leader while his sons were growing up and was for many years a docent and led tours on weekends at Gray Lodge Wildlife Refuge. He was an avid fisherman and made many trips to Alaska, often joined by one or more of his children. He is survived by his wife Doris, five children – Nancy Montgomery (Lyle), Karen Cornell, Erik, Mark, and Steve (Rebecca) Pettersen and grandchildren Ryan (Kari), Patrick and Evan Montgomery, Matthew Pettersen, Jennifer (Jeff) Bohner, Alex Cornell, Terence Jow (Bonnie), Sarah Snedigar (Joshua), Shelby Coppock (James), Cameron Pettersen, and eight great grandchildren. He was predeceased by an infant son Christian. Arrangements entrusted to Gridley-Block Funeral Chapel, 530-846-2138.

Share Your Memory of
Gary
Upload Your Memory View All Memories
Be the first to upload a memory!