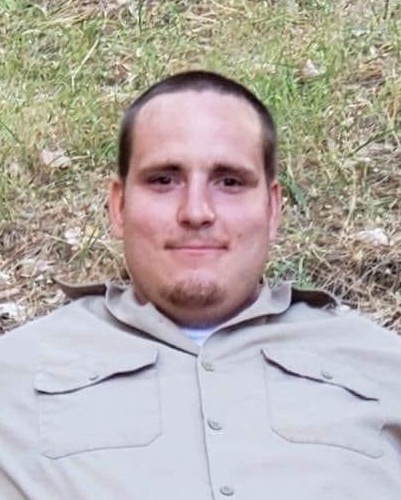 Dustin Ray Womack, 31, of Gridley, CA sadly passed away on Sunday, April 5, 2020, due to a car accident. He was known for his loving heart, loud laughs and his bubbly personality. Dustin was a strong man, very willed in every way he went, his strong intelligent mind always made him clear a new path in life. He enjoyed watching football; his favorite team was the 49ers. He also really loved animals, especially his dog Benny, and being an uncle to his 2 nieces and 5 nephews with one on the way. Dustin was born in Oroville; he was the son of Wendy Lee Sierra (Riddles) and Billy Ray Womack of Gridley. Dustin graduated Esperanza High, and earned his AA in GE. Dustin worked in the construction industry, specializing in fencing. He was preceded in death by his grandmother Patricia Riddles, his grandfather William Riddles, his Uncle William (Billy) Riddles, and his Aunt Evon McCutcheon, as well as his beloved dog Benny who was also in the accident on Sunday. In addition to his parents, he is survived by his stepfather Alfredo Sierra, his 5 sisters; Andrena Byers, Odessa Charboneau, both of Gridley, Adrienne Owen, Kimberly Johnson, both Biggs, and Marissa Womack of Idaho, 2 brother-in-laws; Clint Owen of Biggs, and Ray Pineda of Gridley, and his 2 cousins Danyell McCutcheon and Colton Guevara. A visitation will be held on Wednesday April 15, 2020 from 5-8 p.m. at Gridley-Block Funeral Chapel for a limited number of people. Private funeral services will be held at Gridley Biggs Cemetery. Arrangements entrusted to Gridley-Block Funeral Chapel.
Wednesday
15
April

Share Your Memory of
Dustin
Upload Your Memory View All Memories
Be the first to upload a memory!
Share A Memory
Send Flowers