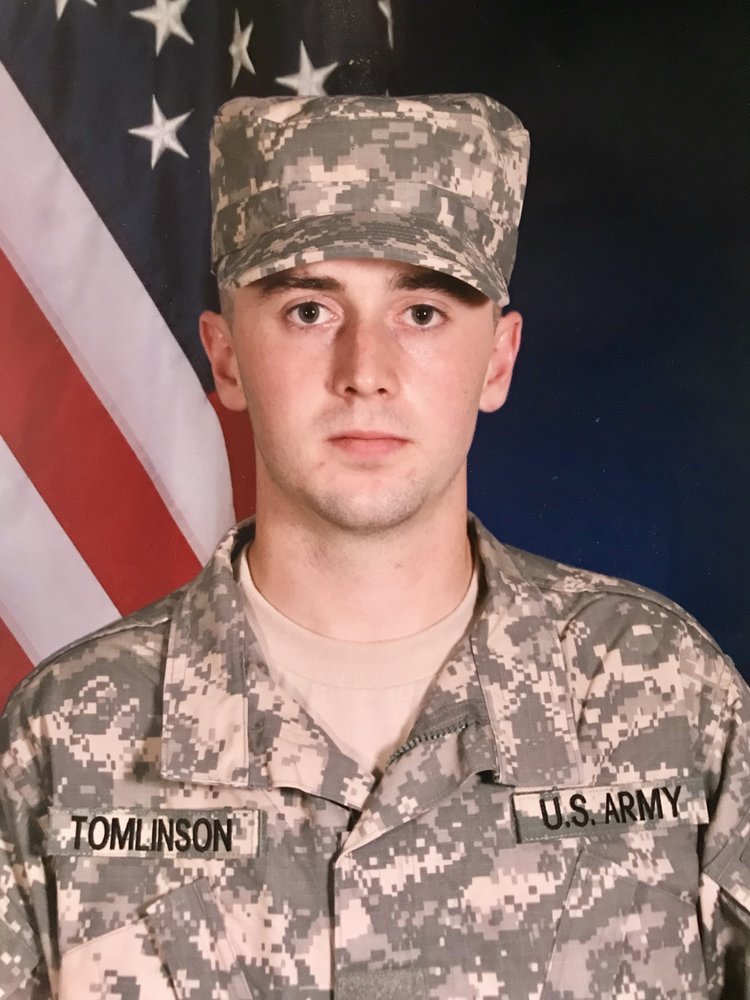 His Legacy… Sergeant BJ Alan Tomlinson, 25 years, of Oroville, California, passed away on June 2, 2019.  He entered this life on Friday December 17, 1993 in Nampa, Idaho, the son of Barry Tomlinson and Dee Chadd.  He was united in marriage to Whittney Nichelle Tomlinson on April 27, 2013 and soon after brought into this world their daughter, KC Tomlinson. BJ enlisted in the United States Army in November, 2013 where he served and rose to the rank of Sergeant. All who personally knew BJ can proudly say he made a lasting impression on all who were blessed to be in his presence. He had many passions, that of which included making music, skateboarding, fishing, gaming, and spending an abundance of quality time with family and friends.

His Family… He will, for all eternity, be remembered by those he left behind. He is survived by wife, Whittney Tomlinson, daughter, KC Tomlinson, father, Barry Tomlinson, mother, Dee Chadd, sister, Victoria Tomlinson, nieces, Annabelle Guthrie & Kylie Guthrie, nephew, Carter Guthrie, grandparents, Larry & JoAnn Tomlinson, as well as uncles, aunts, cousins, and friends.

Share Your Memory of
BJ
Upload Your Memory View All Memories
Be the first to upload a memory!